Show us your Le Mans

As the headline says, lets see your Lemons.
Here’s mine. I don’t have one, so here’s my slightly modified Spada instead! 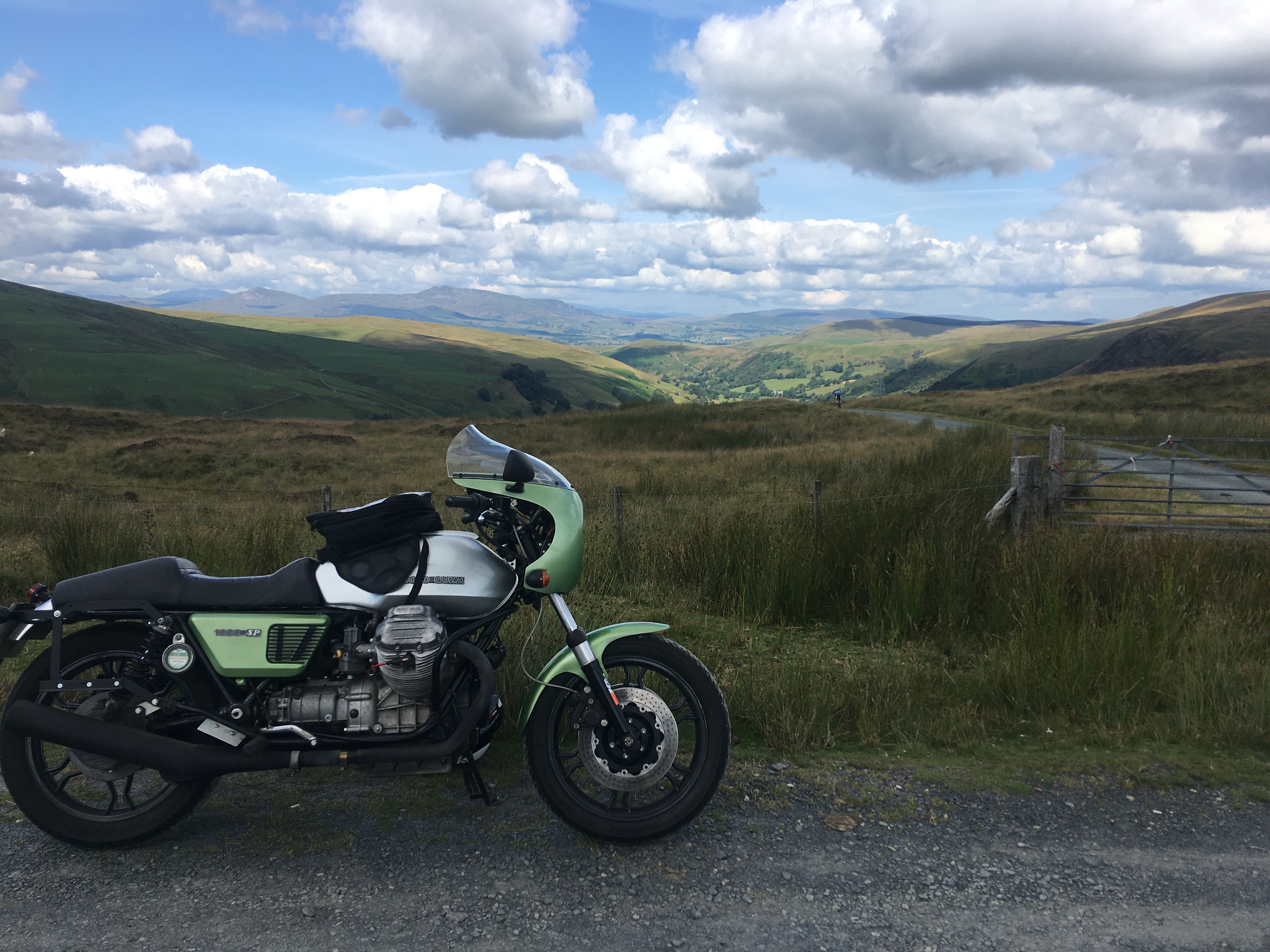 Here’s mine. Pic was taken in 2013 during the V Twin weekend. We had a run out to Haynes motor museum which I unexpectedly wound up leading, slightly haphazardly! 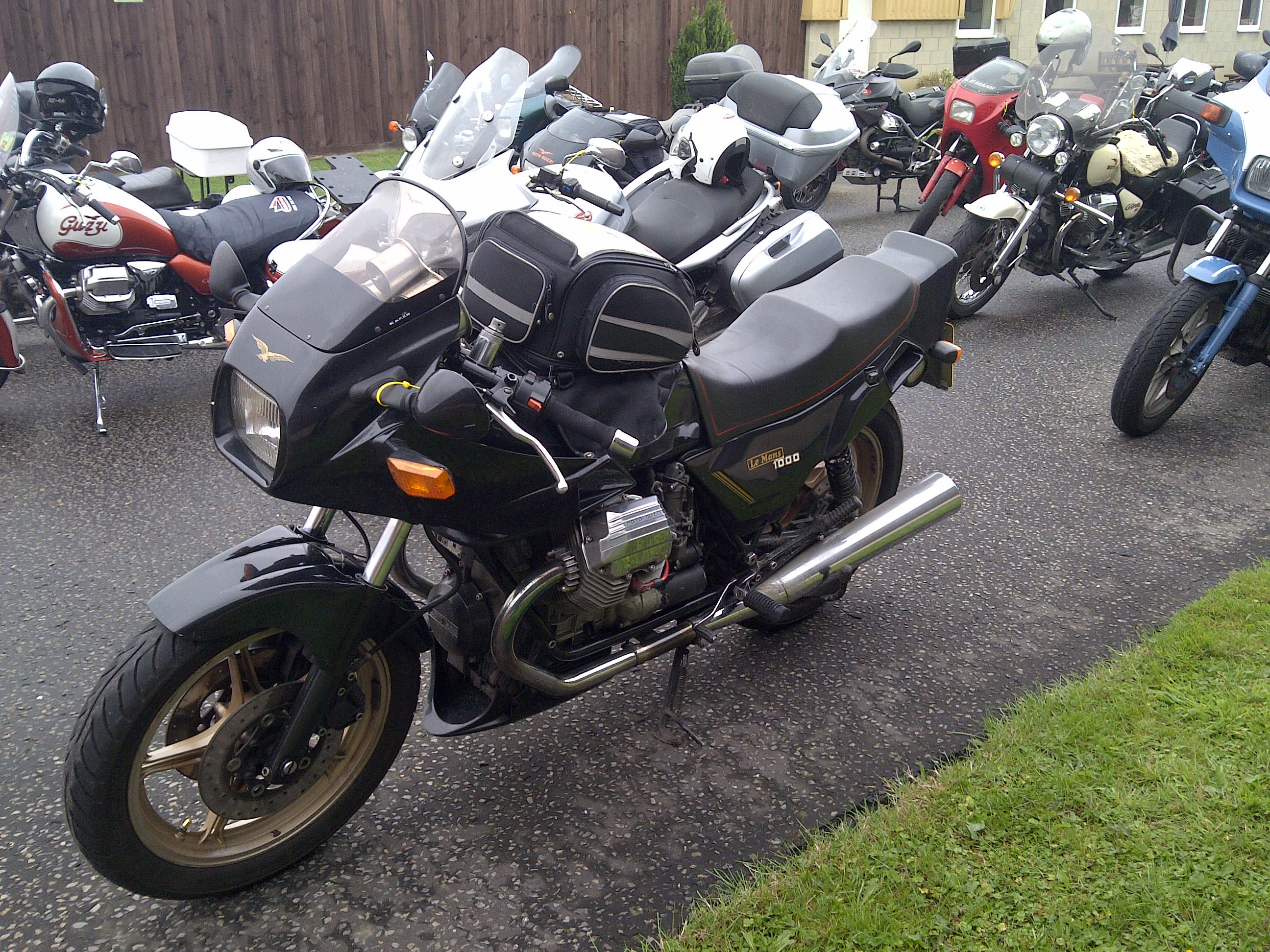 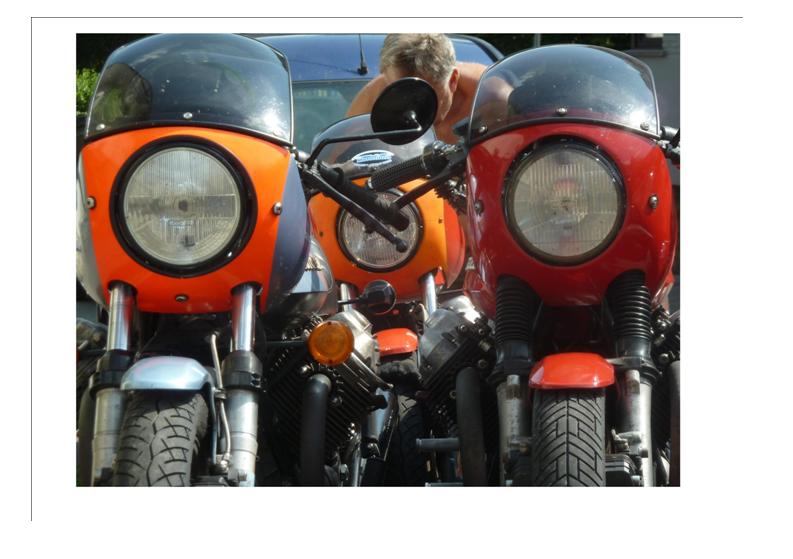 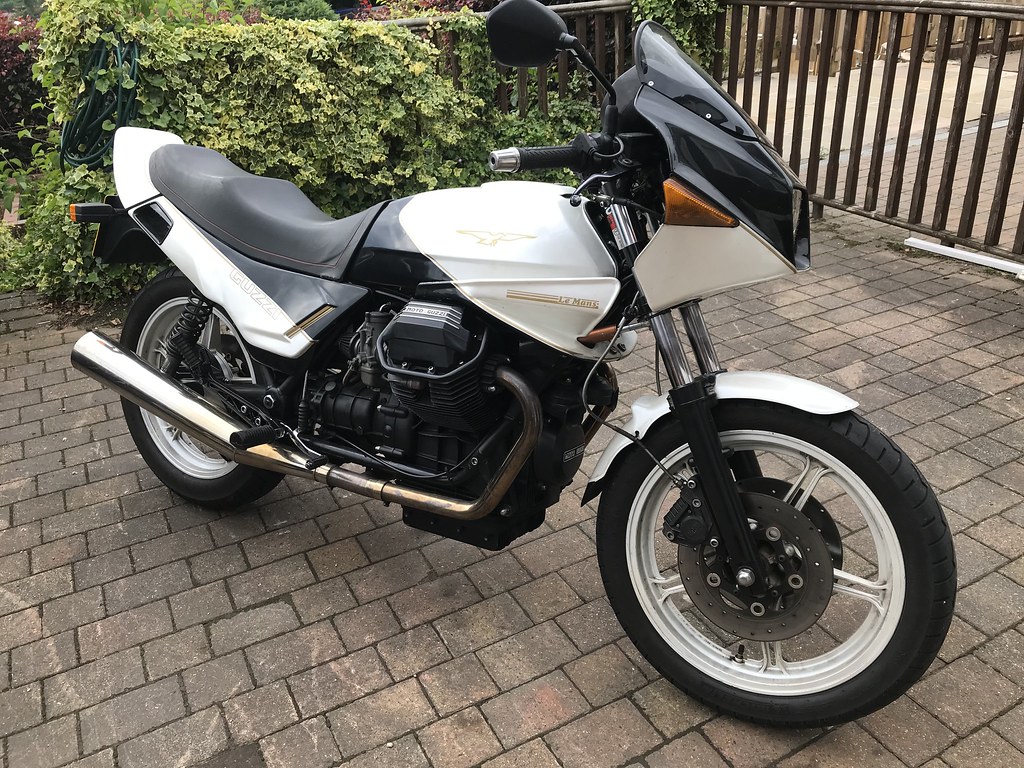 Uncommon colour scheme on this factory 18” front wheel 1988 Mk4
The original forks were a real mish-mash of components and very soft, it’s currently got some uprated mk5 forks fitted 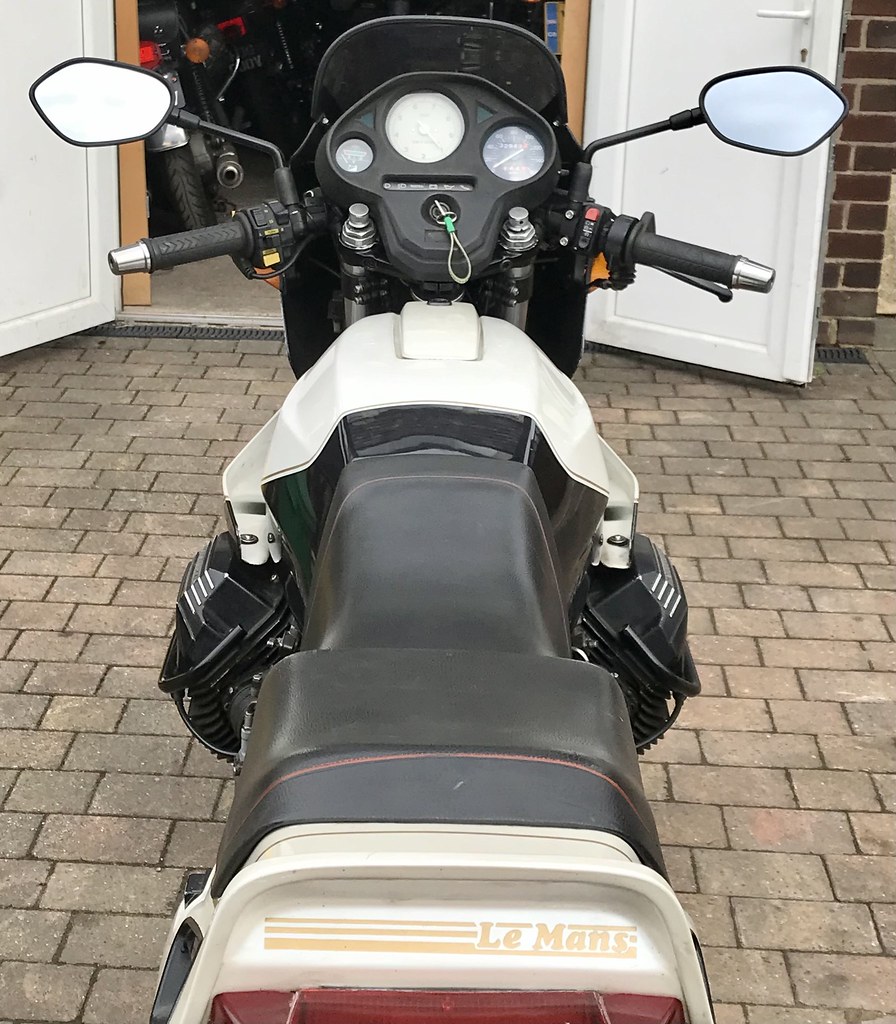 Standard clip-ons have been tweaked to give a much better riding position for me with Suzuki mirrors you can actually see behind with and later mk5 left hand switchgear, Tomaselli throttle and Aprilla right hand switch, 13mm master cylinder which works a lot better than the Magura original