Just watched a video by a Aussie chap made it look easy (though experience obviously) but should be able to follow it. As my 2011 griso is new it’s got warranty for four months and lifetime if I take it back every year so i thought I’d have a look and take some pictures before it expires .l was quoted £500

If you want to check wear, first step would be to check wear at the valve adjusters with only the rocker cover off, which of course is straightforward and easy. But from the title, you want to get the flat tappets out to visually check them. Without seeing them, I’ll bet there is wear and your main consideration is really to change to rollers rather than wait for the flats to destroy themselves and spread abrasive coating and other shrapnel around the moving parts. Is the £500 to do the modification under warranty? Is so I’d call it a bargain and get it done. If it’s just for an inspection, maybe you can get it built into the price of them doing the full conversion if they find wear - so it’s not two separate job prices. I suppose if you do the inspection yourself, they might claim you have invalidated the warranty. That’s the sort of nonsense that a lot of us had had to put up with and have to pay for everything ourselves with no assistance from Piaggio-Guzzi.

The pin in the barrel is to hold the tensioner blade when removing the cam assembly. 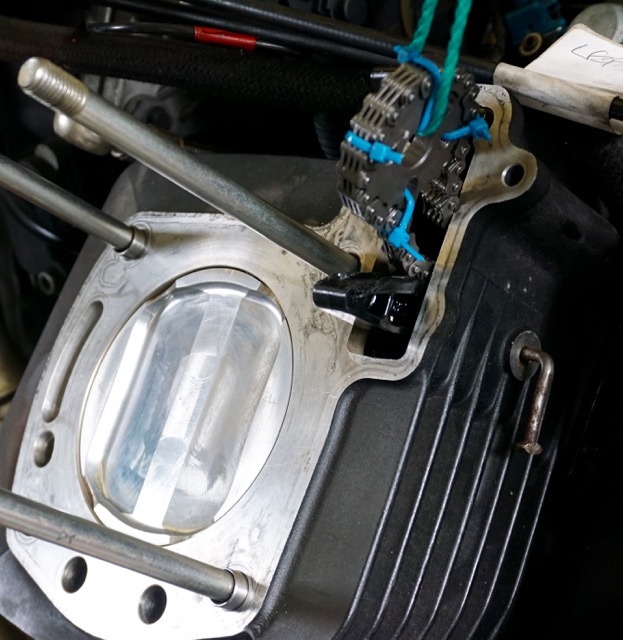 What’s the mileage on your Griso Neil?

If the Tappet Clearances have noticeably opened up, it’s too late, it means the DLC Coating is long gone, and the Cams are eating the Base Metal.

You can’t take a ‘sneaky look’ at the Tappets I’m afraid, the Cam Boxes have to come off to see them, due to their design.
A proper inspection would involve taking the Cam Caps off as well.

Normally, at that sort of mileage, I’d put money on there being no signs of the DLC Coating failing, but that amount of miles in 9 yrs means it’s been sitting unused a lot of the time.
That might lead to issues in itself.

I think I’d pull the Cam Boxes off and check, it only costs you a couple of hours of your time.