Camels in the dust, Gorillas in the mist.

Having partaken of a few off road excursions in the last couple of years - abroad and on other people’s bikes, I figured I wanted some more of that action here in the UK. At the same time a Morini Camel that I’d previously lusted after became available. Serendipity.

This summer I managed a first off road excursion - two days on the Peddars Way (recommended), in company with a chum on an old XT250 that he has just had recommissioned. I’d have to say that the Camel was very capable throughout. If you are unsure of the model (and haven’t Googled it by now) it’s the 500 fore and aft Vee twin of yore, all in a lightweight and seemingly quite capable package.

However, I’m really struggling with the left foot kicker (no leccy foot) and have other sundry niggles.

So maybe I’ll want to move it on in the spring. I’d like to do some longer distance stuff like the Lands End trial for instance. Whatever I have has to be quick enough for a lardy bloke on longer road sections, and lithe enough to drag the unskilled through the more gnarly stuff.

Is there a Guzzi that would meet these requirements, or what else is there that might be interesting? I prefer older stuff, and am happy to spanner and tinker. Don’t want to be paying museum grade prices for something I don’t want to be precious over though.

Well I guess it’s been ‘doing’ off road for some time now.

The Guzzi TT650 is underrated although not too common. The NTX 650 and 750 are pretty capable in the right hands and still available particularly on the Continent.
Good luck
Steve

My Brother rides a V35TT which he says is very light, nimble and silky smooth, it also has an electric start thingy

That’s a revitalisation of an older post. I went for an SP370 as the replacement. Then dressed it up a bit for more serious work on the dirt. Loving it. 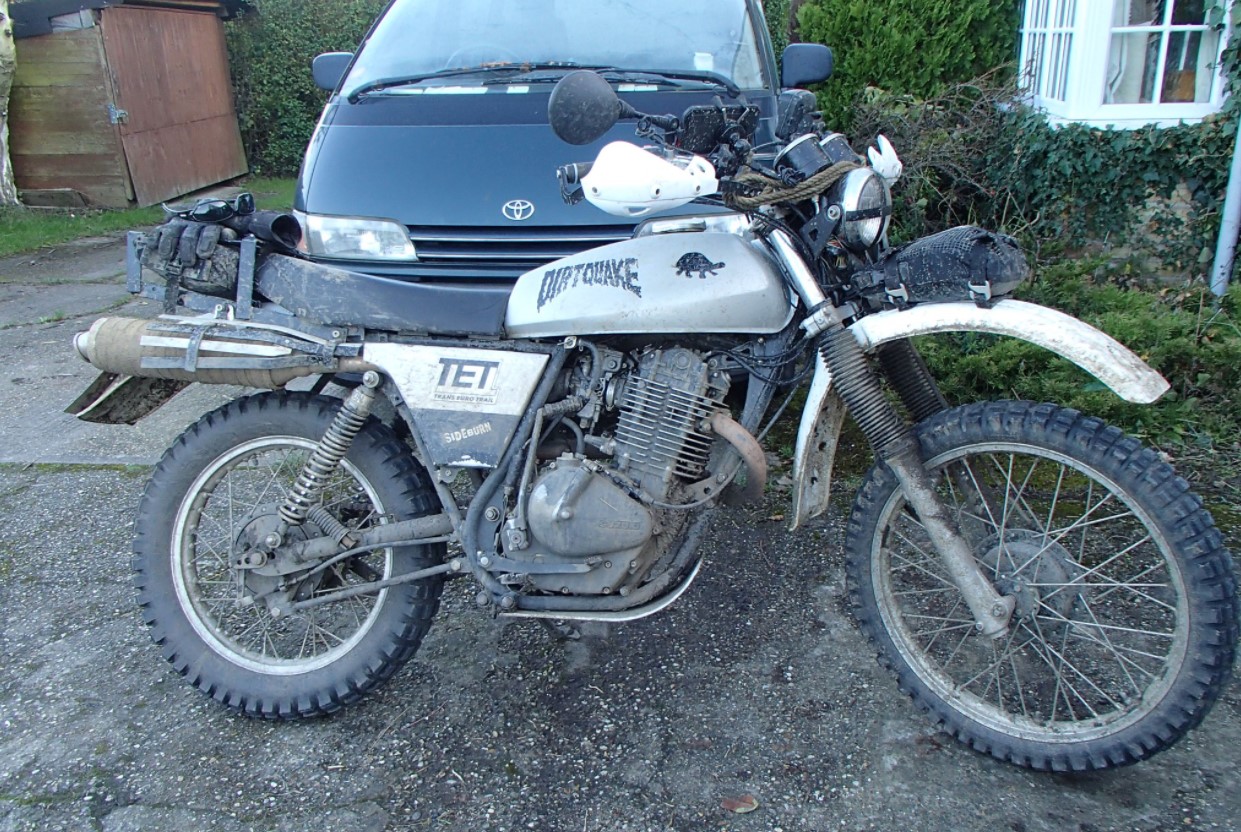