I know, I know. I’ve been told plenty of times but, as my old headmaster used to say, some people just need to learn the hard way.

I tried to start the bike yesterday but it didn’t want to play. I suspected the fuel was tired as I hadn’t ridden the bike for months, so I decided to replace the old stuff with some shiny new petrol. When I removed the float bowls I thought I might see some water, but I was not expecting the horrible grey sludge that greeted me. One pair of floats had also sprung a leak and now has petrol inside. ( if float doesn’t float anymore does that make it a “sink” ? ). 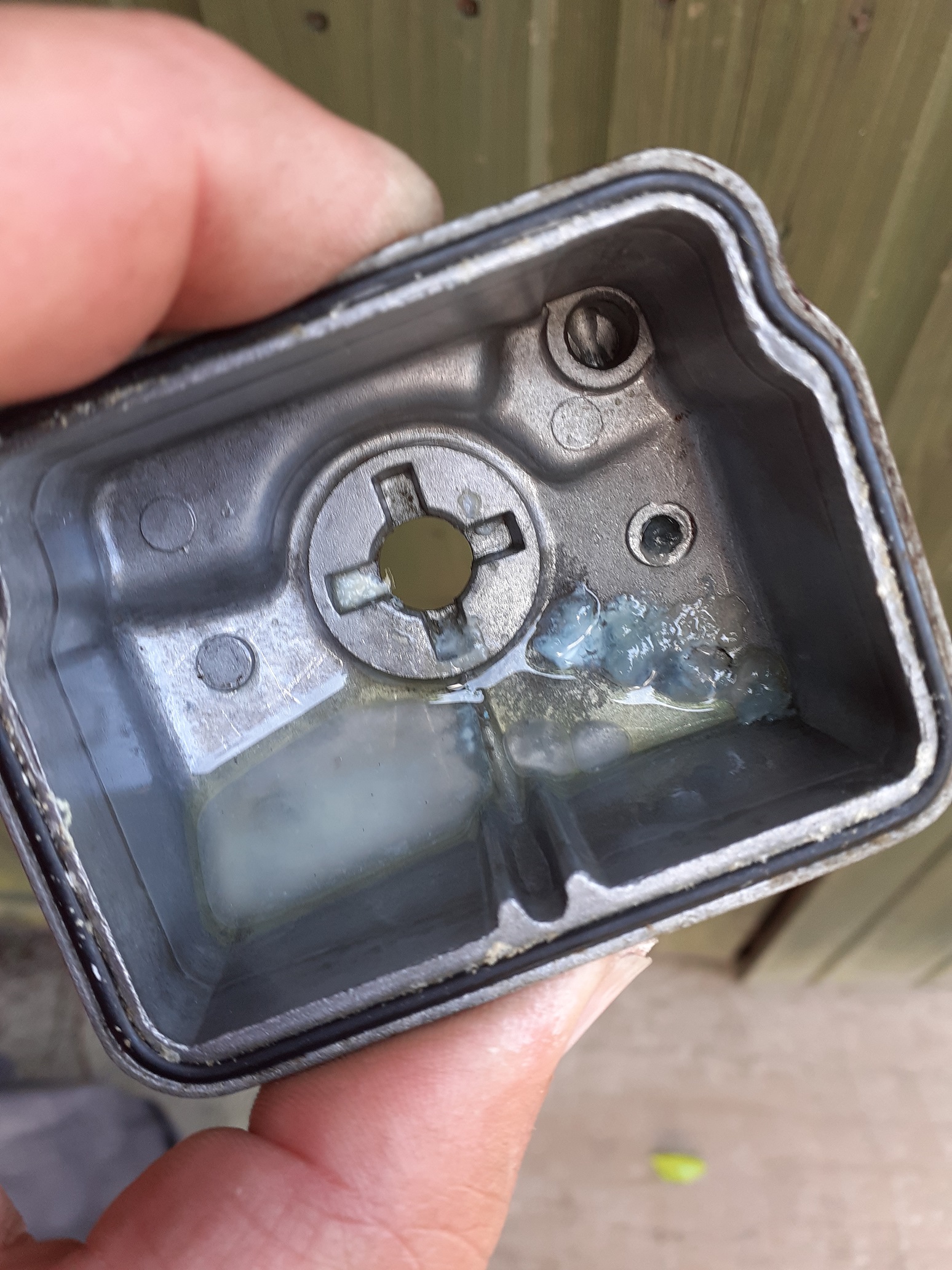 Great photo and glad it’s sorted.
Good job you caught it. Have seen some horrible and very hard to remove residue from more modern fuels.
I’ve just replaced my “Ethanol Proof” fuel lines after just two years. They had hardened at the connection points to the injectors etc.
Go steady
Steve

Started up my Spada the other day, first time in a couple of years. It had just been left standing, no special preparation for storage, it needed a few jobs doing and got sidelined after I bought the Cali.
It fired up first press of the button, no hesitation. I always make a point of buying the super grade fuel from Sainsburys when I fill up. Not sure if that makes a difference? Some say that is ethanol free? It works for me.

I’ve had MUCH worse than that! I ended up draining the carbs every time after using the bike if it was going to sit for up to a week or more. A doddle on the R80, float “bowls” are held on with quick-release spring clips and are hanging out in the open air (flat twin) so quick and easy. Guzzi needs the main jet caps unscrewing but on the left side the starter motor is in the way. A right PITA!

If any of my bikes are going to be stood for a while I always add some fuel stabiliser to the tank, and run it through into the carbs. It seems to work, and stops / reduces the amount of moisture the ethanol based petrol substitute absorbs.