I received this email and must admit I never heard of a Guzzi Nibbio, is there anybody out there who could help?

“I am 82 and recently bought a 1975 Moto Guzzi Nibbio 1982 for something to do
, have restored same but cant find engine number, was advised by a Mr Lacey
that Nibbios didnt have engine number stamped on engine , also not sure of
petrol to oil mixture , is there anyway I could find out what engine number
is, I have nova number and italian log were frame number matches document can
you help
Regards Colin Roberts North Wales”

A quick Google suggests it looks like a Dingo ‘sports’ type. Maybe the same rules apply?

The Nibbio was a 50cc bike from the 70’s, few and far between. An interesting machine.
I have managed to find a parts book and will hunt around for other info for him.
https://www.guzzitek.org/parts_list/monos_et_autres/Nibbio50_PL.pdf

Edit. As per many Guzzi’s of that era, it is a Benelli clone, tell him to look for info on the Benelli T50. Expect any info he does find to be in Italian. Highly unlikely he will find anything in Englsh.
I wonder if it is similar to a Magnum 50. I expect the engine would be the same. Theres a user manual here
https://www.guzzitek.org/utilisation/monos_et_autres/50Magnum_121975_Utilisation(I).pdf

The ones I have seen have been lime green, here’s a red one…

Thanks Don, this sounds really helpful.

You’re welcome Uki. I have a strange affection for the little Guzzi singles.
Shame it wasn’t a slightly earlier 350cc Nibbio he had acquired, that would have been really interesting.
In 1935 the Nibbio 1 was the first 500cc car to exceed 100 mph. The 350cc Moto Guzzi powered Nibbio 2 broke long distance records at Monza in 1956. 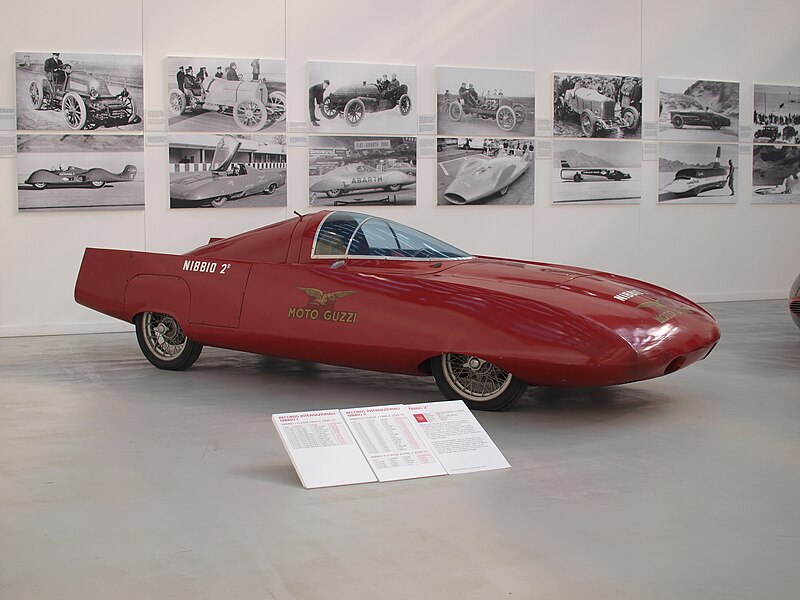 When I did up my Magnum, (same engine as Nibbio), there was a number stamped just below the cylinder under the lowest fins, something like MT 4, this was the only engine ID.

Hi al,
Mario Colombo’s book “80 Years of Moto Guzzi Motorcycles” gives a short resume of the Cross 50 and the Nibbio. As Don says they were basically the Benelli 50 of the time. There is a full exploded view of the motor (but no parts list), which may be of use.
These two motorcycles were restricted to 40kph and were built from 1974 to 1982 so there must have been quite a few produced. From the engine numbers it looks like just over 5000 Nibbios were built and about 10000 Cross 50’s.
Don, I am glad I am not the only one intrigued by the Moto Guzzi small singles. I may have just found a couple of Stornellos here in SA that might be for sale. As you know, my son Mark, also in Northampton has a Stornello 160 that he wants to restore. No doubt he will be in contact with you at some stage for advice.

As this is essentially the same bike the Benelli 50 from the same time, this link may be of use for parts:


And if you like Guzzi singles, Mathewsons ( as seen in “Bangers & Cash” ) have a Dingo coming up for auction next week.

Don, I am glad I am not the only one intrigued by the Moto Guzzi small singles. I may have just found a couple of Stornellos here in SA that might be for sale. As you know, my son Mark, also in Northampton has a Stornello 160 that he wants to restore. No doubt he will be in contact with you at some stage for advice.
Phil

He has been in touch and I believe has now has the Stornello. It is quite similar to one of the ones I am sorting out at present. Once we are allowed to meet again, it will be good to catch up with him and take a look. He’s only 15 miles down the road from me.

Is that the same as the Co Uno thingy then?

Not quite, the Nibbio is a 50cc, the Guzzi Co-Uno was a massive 125cc. Although I expect they share plenty of components. 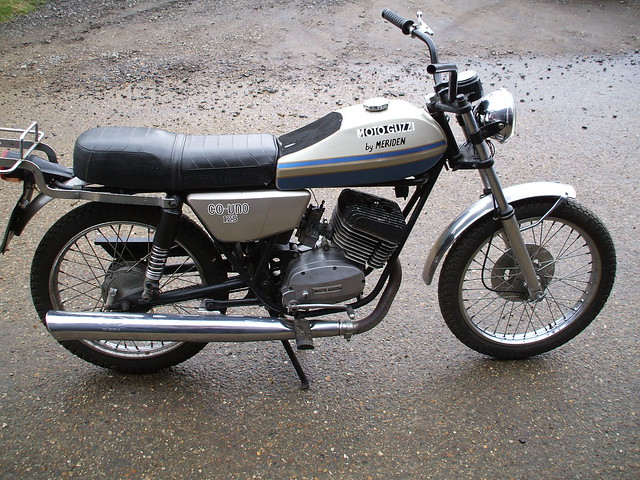