I have a 2011 Stelvio 8V and have a few questions for your combined wisdom.

Apparently my tail light flickers on and off when riding. Its always on when I check it, has anyone else experienced this issue?
Is there a method of lubricating the swing arm taper rollers bearings without stripping the rear end out?
The V85TT has 18,000 mile service intervals for gearbox and bevel box oils. The oil in my Stelvio’s gearbox and bevel box is coming up for its 30,000 (6,000) mile scheduled change. In previous changes it has always come out beautiful clean. My car’s are set at 96,000 miles and never, so does the gearbox and bevel box oil really need changing at just 6000?

Hopefully I can help with the first query as this happened to my Stelvio as well. It turned out that the lever was vibrating against the brake light activation pin (handlebar). I can’t remember exactly what I did to cure it but it was adjusting something and not replacing anything. Hope that helps a bit).

Thanks for the considered reply. However it is my rear light and not the stop light that is going on and off. I assume you were talking about the stop light on your bike?

Could just be a bad contact, check the wiring connectors to the rear light, pull apart and clean contacts. Also take the lens off the rear light and remove the bulbs, clean the bulb holder and bulbs and the wires to the fitting. If that does not cure things at least it rules the rear end out, so it will probably then be at the handlebar switch or commectors.

If you have a multi meter you could also test the circuits for resistance and continuity.

Nick, sorry didn’t read your post properly. It was tehe brake light flickering on mine.

LEDs in the Tail/Brake Lights on the Stelvios Chris.
As you said though, would be worth checking the Multi-pin Connector at the back, they do get road spray thrown up onto them.

Is it all the LEDs Nick, or just some of them?
They do fail occasionally, but it’s not common.
Unit can be split (with care and patience), and the LEDs can be replaced individually.

Try wriggling/tapping the connector with the lights on, see if you get any flickering.
Do the same to the Light Unit itself too.

Swing-Arm Bearings can only be Greased by dismantling.
It’s easy enough, the rear end splits down very easily, and goes back together the same way.
Worth doing the Shock Links, they got very little grease at the Factory.

You can grease the Bearing in-situ, but only by modifying the Spindle. 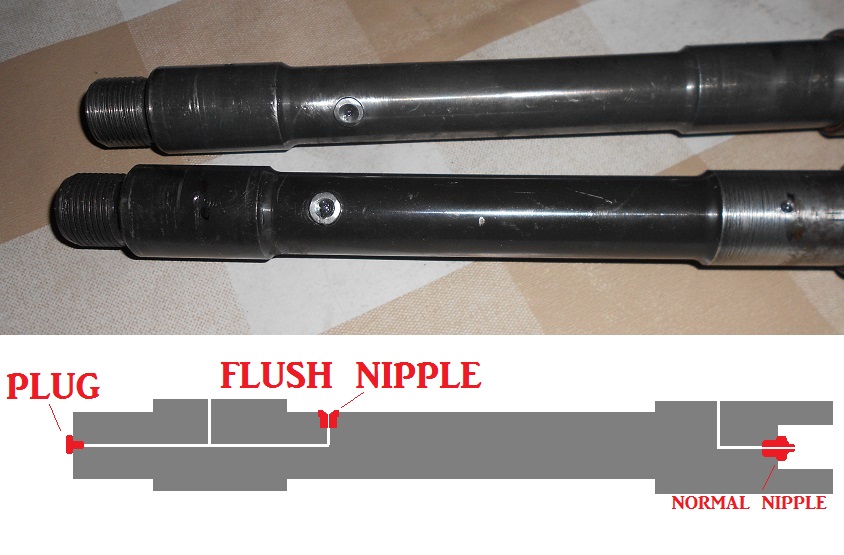 Same with the Linkages. 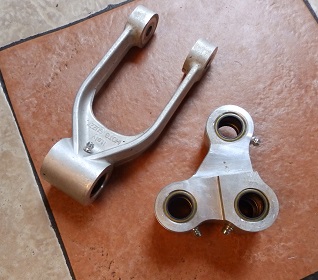 My Gearbox/CARC Oils come out ‘clean’ too.
You could extend the interval a little, say to 7000 miles, and see how they look, go from there.
Bear in mind, although they may look ‘clean’, you can’t see how much they’ve been ‘broken down’ from doing their job, so I’d keep the interval close to the recommended.
They don’t take a lot of Oil, so is it going to save you much in the long run?

Out of curiosity, I fitted a Temp Sensor to my CARC, by making a new Fill Plug, with a Sensor fitted in it.

I’d seen discussions on another Forum about how hot they can get, so decided to find out actual temps, of the Oil at least.
Highest to date (since Sensor fitted in Nov) is 42°C
That was doing a continuous 60-80 mph on an hours ride, 22-24°C ambient temps. 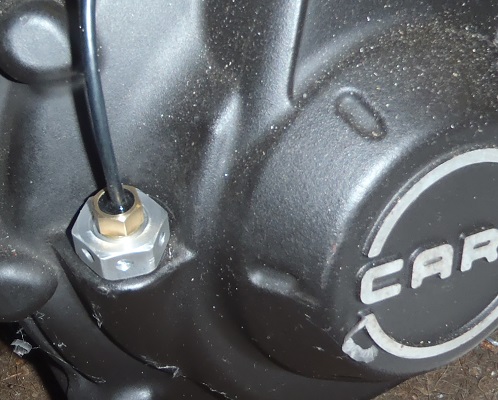 I wouldn’t say the Oil gets a hard time temperature-wise, although I’m waiting to see where it gets to on a really hot day (if we get one this year), on a really ‘spirited’ ride (thrash).

Hopefully I can help with the first query as this happened to my Stelvio as well. It turned out that the lever was vibrating against the brake light activation pin (handlebar). I can’t remember exactly what I did to cure it but it was adjusting something and not replacing anything. Hope that helps a bit).

Thanks to all for your considered replies.

The tail light issue: I have managed to get it to fail in the garage now, its bizarre, buy just the gentlest tough of the handlebars and it was coming on an off. I now believe the issue to be in or around the head stock wiring which is a pain.

I regularly clean and re-grease my shock linkage bearings and they have always been relatively easy to service. I did consider putting grease nipples in but was worried about the potential stress risers of doing so. However I would like to modify my swinging arm spindle to take a grease nipple, I might buy a second hand one first to play with.

Regarding the transmission oil changes, does anyone have experience of extended oil change intervals as the V85TT is now at 18,0000 miles and the conditions between the two cannot be that different?

There is a known issue on the Stelvio, of the Loom chafing on the Frame, around the Headstock area.
It manifests in various ways, depending which particular wire(s) are affected.

Adding Grease Nipples won’t affect the ‘strength’ of the Linkages, as long as you employ good engineering practices, such as de-burring any holes drilled.
I prefer knock-in Fittings, as cutting threads can introduce stress-raisers.

As for the Swing-Arm Spindle, drilling a small hole (2mm or so) for the Grease feed through the two ends won’t even come close to reducing it’s strength enough to be a concern.
You could hang a couple of Tons on that thing!

Mine’s been on my Stelvio for nearly three years now, and around 18000 miles (yeah, I know, I’m planning on doing much more!).

I don’t know what materials are used in the V85 G-Box and Final Drive, or if they’re different to the Stelvio.
Oil type, grade, and specs are related not only to the loadings, but also to the materials used for Bearing Bushings, for example, for corrosion prevention.
I’m sure manufacturers err well on the side of caution when specifying change periods for the Oils, but I wouldn’t stray too far from them, and I’d definitely stick to the recommended Specs.

Thank you for the sound advice. As an apprenticeship served chartered mechanical engineer, I understand exactly what you are saying. However, can you please expand on a couple of things I have not yet grasped;

I assume the spindle is not hardened through and therefore a modest sized hole can be drilled along the CL. Is it case hardened on the outside?
Clearly if the spindle is drilled with a cross drilling to the bearing, where would this hole come out? Would it be between the inner taper roller race and the inner seal?
2mm is quite small drill for such a CL hole, how deep would this need to be?

I don’t think it’s Case Hardened Nick, it drills easily.
I’m guessing there’s some sort of heat-and-quench-in-oil treatment done on it, it would explain the black finish.

The Feed Holes come out next to the Bearing Races, on the inboard sides (i.e. nearest the centre of the Bike).
Like any remote greasing set-up, you also need an exit for the old Grease to come out, while you’re pumping the fresh Grease in.
You can either drill a 1mm hole in the Seal on the opposite side of the Bearing to where the Grease enters, or just cut a tiny nick in the Seal’s Lip.
The Grease will dry out in the hole (or nick) to keep moisture/dust etc out, it’s a common Engineering practice.

The hole through the centre only needs to be deep enough to meet up with the Radial drilling on the left, and the drilling from the Flush Nipple on the right.
The right requires a ‘Long-Series’ Drill Bit.
Take it slow, clear the hole every couple of mm, and use plenty of Lube.

You’ll still need to loosen the Spindle a couple of turns before greasing;
A. To line up the Nipple for access with the Needle-Point Grease Adaptor, there’s only really one position you can get to it from, just slightly behind and to the right of the Centre Stand.
B. To allow the grease to get fully into the Bearing mating surfaces (between the Rollers and the Inner/Outer Races).