I’m in the process of going through a slightly modified LeMans for a friend of mine and am at the stage of stripping, cleaning and rebuilding the carbs. They are flat top PHF36s. Having pulled them apart I’ve discovered that the pivot pin, pump arm and its spring are missing from each carb. This would, it seems, to have disabled the accelerator pumps.

Does anyone know why this would have been done? Never having had a bike equipped with these carbs, I wouldn’t know what effect it would have on the performance.

Can’t comment on these specific carbs, but a while ago there was a thread on Guzzi Riders forum where a number of people reckoned disabling the pumps on VHB carbs was a good idea. Apparently little effect on real-world performance but improved fuel consumption.
Ian

The usual idea is to improve mpg, by the method of removing the gadgets that squirt big gobs of raw petrol in

In my copy of the factory manual, on the introduction page for the section for the LM2, there is a warning not to be too exuberant with the twist grip, because of a risk of having petrol leaking out and consequent fire hazard. “You have to ensure that all the fuel is absorbed by the engine”, or something like that.

Alternatively, the travel of the diaphram can be altered by changing the position of a stop screw.

Thanks Mike. That seems to make sense. I think I’ll leave them as they are and reassemble them sans pump mechanism. It just seemed strange to do that to what are often referred to as “pumper carbs”.

Personally, I have never had a problem with my pumps. They are controllable and have never caused leaks. If you don’t want to use them you open the throttle gently, but if you do then you whack it open and get a boost of acceleration. It is all a matter self-control.

Yes I didn’t alter mine.

Pumpers every time for me

OK pumper tops are OEM and how they should be but IMHO they look so much better than the flat plastic tops too. 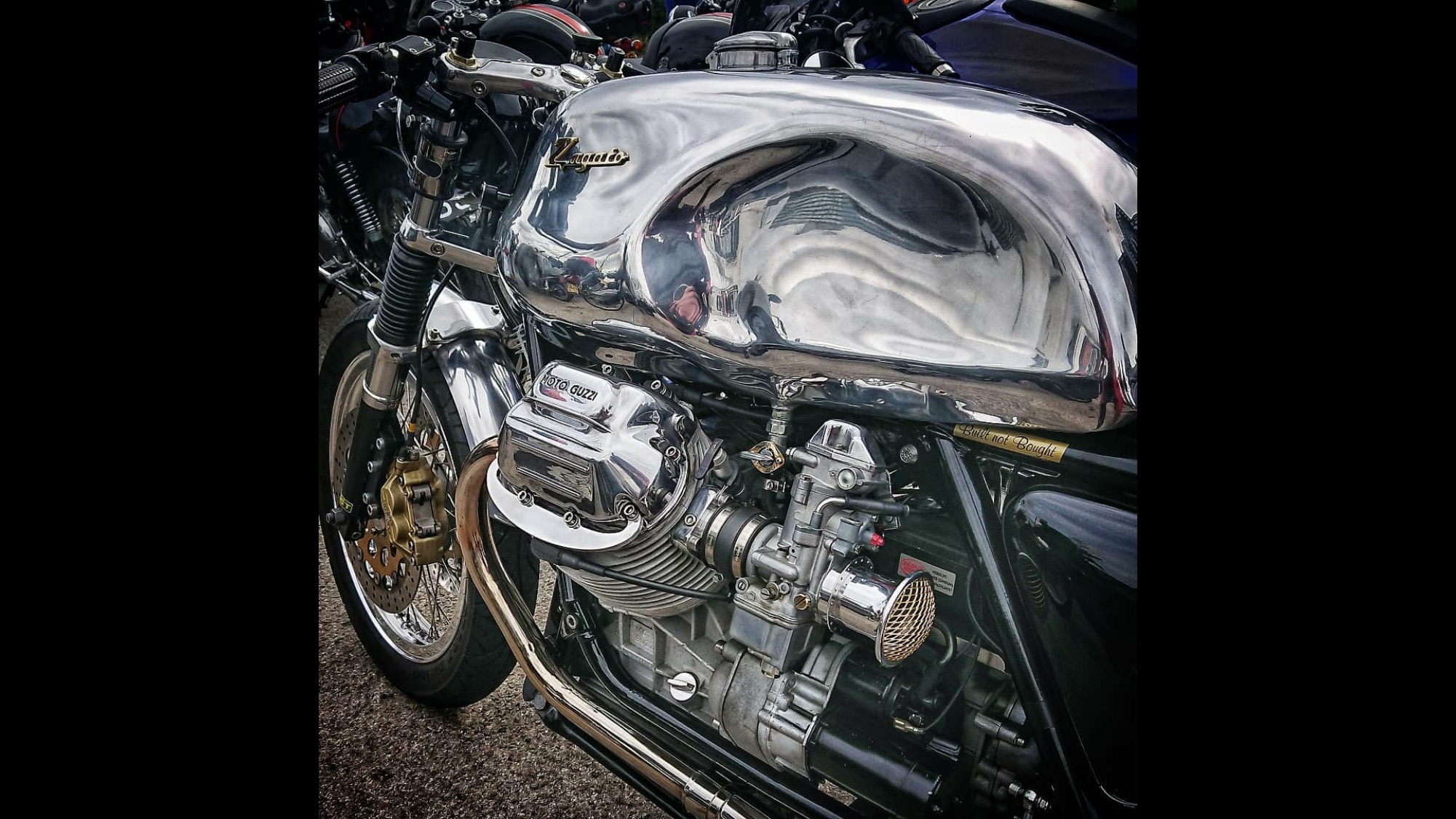 Pass me my shades

I too lean my carbs in like that, if they are vertical my knees knock them. I remember some talk on here about them needing to be upright so that the floats work properly but it does not seem to have any detrimental effect sloping them in like that.

This was what they were like when I removed them! They’re flat tops but aren’t plastic. 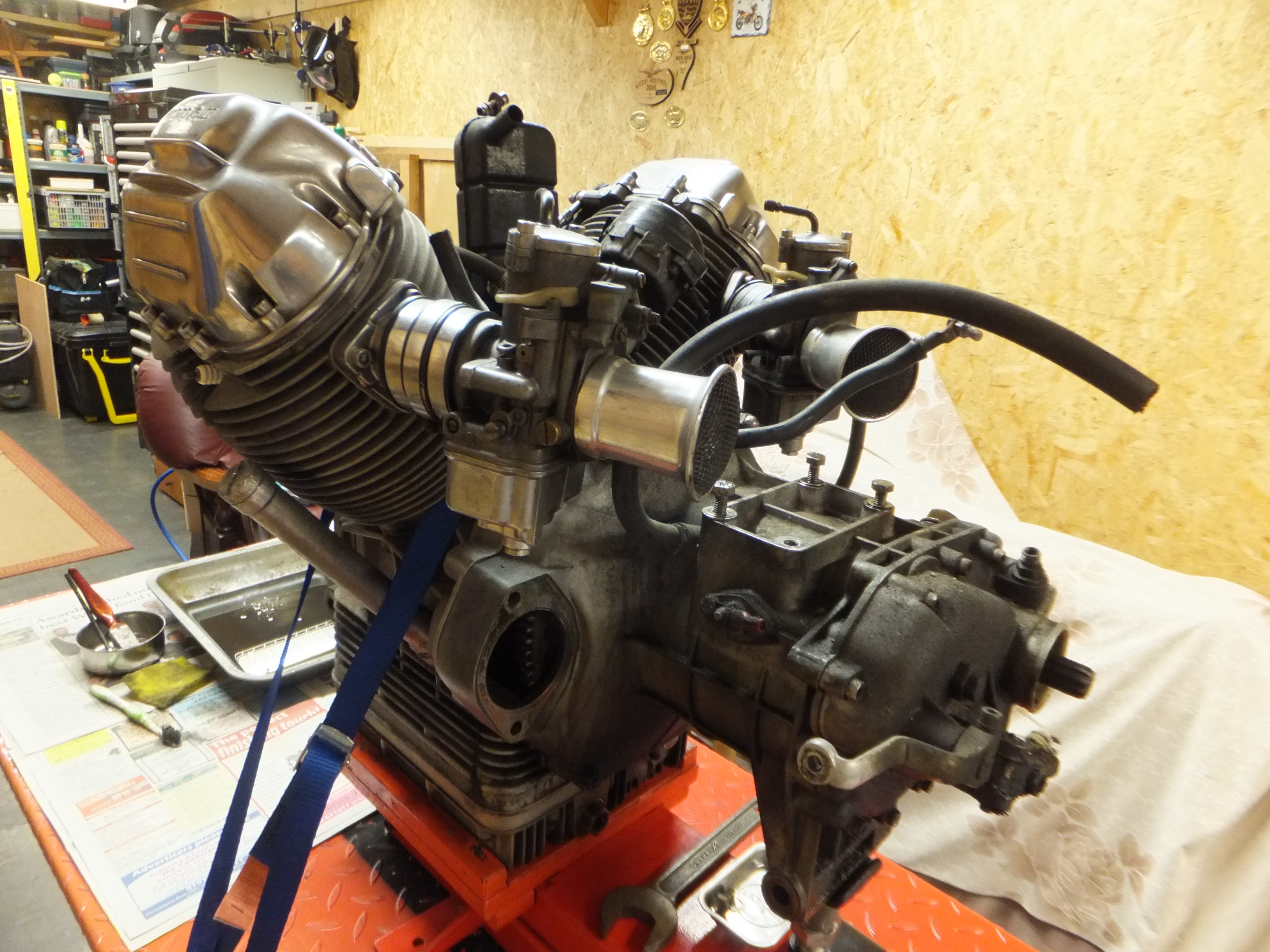 This was what it was like before I got started. Definitely not standard. 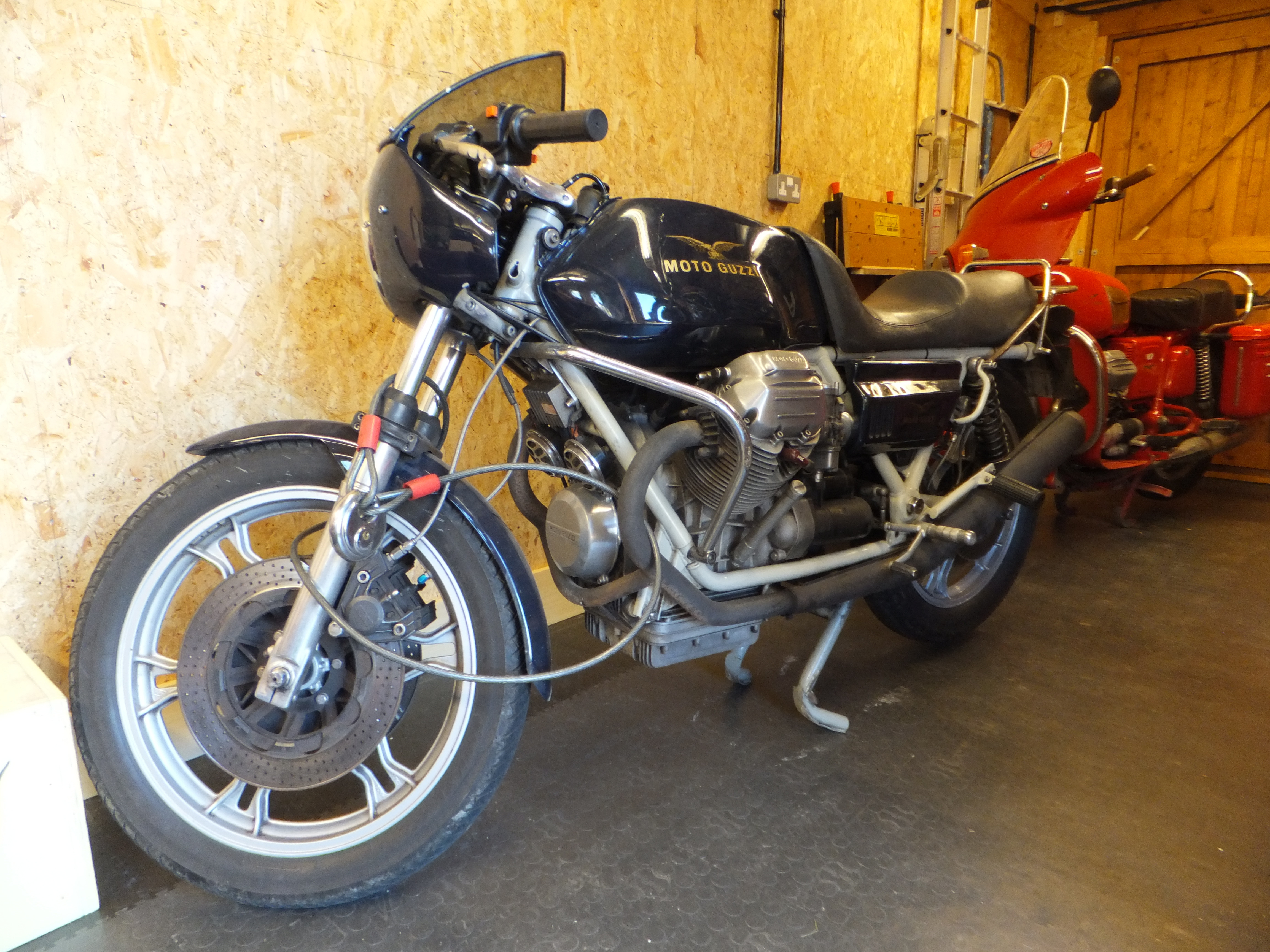 Nice bike. Don’t get this pumper removal business- how much money in fuel is this really going to save over a year for the average rider? I thought bikes were meant to be fun so give me the 100% unstrangled carb any day so I can burn some unleaded while we are still allowed to.

Well said Guy. Also ( and apologies if I’m stating the bleedin obvious ) be very careful when screwing the tops back on your old carbs. Find the smallest spanner you have and use just a couple of fingers to tighten the bolts. You really don’t want to strip those threads.

Looks like that’s got a “black box” ignition or a regulator, going by the electronic gizmo looking thing mounted above the horns,

Looks like that’s got a “black box” ignition or a regulator, going by the electronic gizmo looking thing mounted above the horns,

Yes, it’s got a solid sate reg/rec and electronic ignition amongst other stuff.