Fellow Guzzi-ists. I have my eye on a Guzzi SP1000 from 1980. North of £6k is being asked for a bike this said to be in good condition. Does this seem reasonable please. Any advise welcome and any wrinkles on this model I should know about.

I don’t follow prices that closely, but £6K seems to be a bit strong for a Spada. It would want to be very good for that money. Mine is tidy, 2 owners and I think I have it insured for £4,500, maybe I should up that?
They are good bikes so long as they have been looked after well and stored in the dry. Finishes and electrics deteriorate with any bike that has been kept in the garden under a cover or in a damp shed.
How familiar are you with Guzzi’s? I can’t think of any specific faults of this model, just usual older Guzzi niggles
The front engine bolt can be a pain if it has never been moved in the past.
As standard it would have had a manual tensioner on the cam chain and at about 30K miles it starts cutting into the casings so an auto tensioner is recommended.
Mine is an early bike from 1978 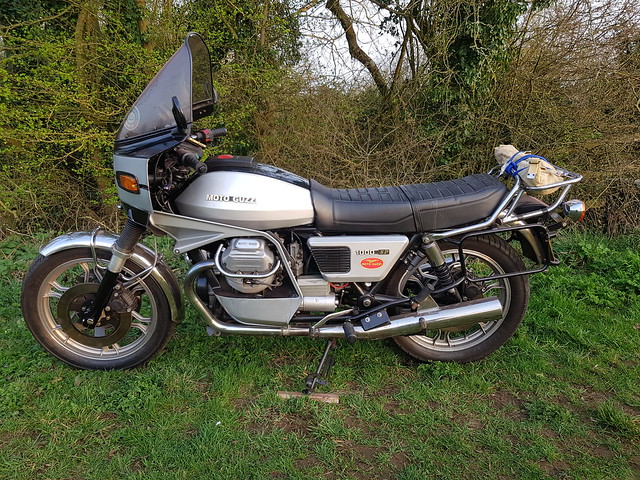 Many thanks Don-Spada. Yes I’ve had confirmation from another source that the amount asked is a bit heavy so i am going to stick with my old(er) V7 700 which is worth loads more, or so I’ve been informed. Anyway, I do like the V7 a lot and really enjoy riding it. I only bought it in 2020 and its my first Guzzi having no prior experience of the brand other than a very brief ride on a borrowed Nuevo Falcone. The only problem with my bike has been, and remains the front 2LS front brake, or anti-retardation device as I call it. The twin discs on the Spada sounded like a big step up but I believe I can now get the brake on mine significantly improved which should be happening fairly soon.

Thanks again for your info and best wishes,
V7GT1973

Are they ‘collectable’ now then?

(Instead I bought a Meriden Bonneville and was in hock up to the eyeballs for 3 years.)

But an indicator of what a Spada might have been when new.

I think a lot of these prices are speculative and the sellers never get them.

The brakes are very good on that era bikes as they have the linked braking system with the pedal operating the rear and one of the front discs. Head and shoulders better than an ABS set up in my (less than humble) opinion.

I know what you mean about the front brake on your loop, I have a single sided TLS on the front of my '72 Eldo and despite new shoes and some care taken in set-up any effectiveness is purely illusory. 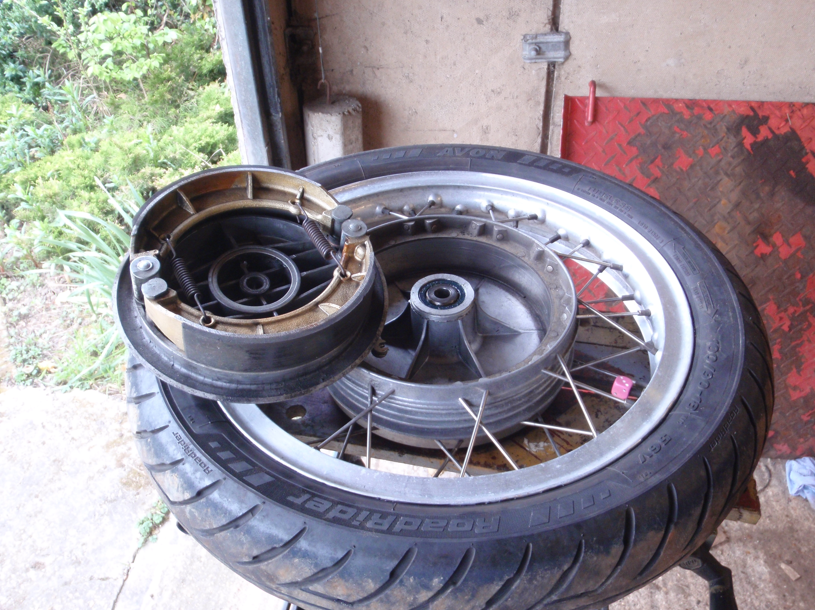 I have a twin leader on the back (850T originally) and it is defiantly decorative! To lock up the back wheel, drop down a couple of gears

I have got new shoes so maybe when (yes when!) it is back on the road it might be better…