I have a standard v50 Monza purchased last year - low mileage and having started it the other day and leaving to tick over it stopped and wouldn’t refire on one of the cylinders. Checked the spark with in line bulb and both showing current from the coils. Switched plugs from side to side and problem moved to other side hence duff plug. Had some new NGK BP7ES from my old stolen V50 2 (sad story) and tried on of these and bike fired on both proving duff plug. Question is what plugs are people running in their monza’s. Gutsibits say BP7ES and the old ones (not that old) that came with the bike were B8ES.

New plugs seem a bit prone to early failure. Once I have a set in that are working I tend to just stick with them these days - I no longer swap them out as a service item. That’s not to say I don’t travel with some spares packed.

For NGK, ‘8’ is colder? So maybe it was fouling, that’s why it stopped firing. 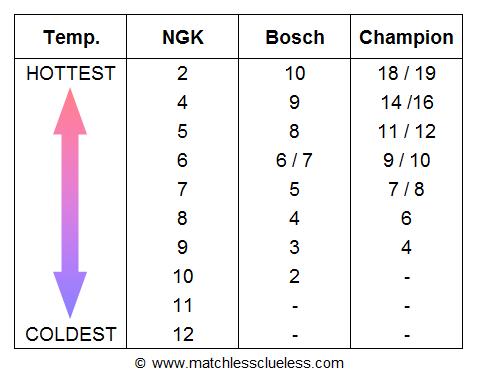