A few weeks ago I rode my V7 from SW London down to my new home in Dorchester (130 miles) on a mild Sunday afternoon, about 3 hours riding in two parts with a nice stop spent at a friend’s in Winchester. The bike didn’t miss a beat the whole way.

I then had a couple of shortish (20 mile) rides out from Dorchester with no problem.

Then, a couple of weeks ago on a very warm Saturday (30 degrees), I went out for a longer ride. After about 10 miles and then regularly around the rest of the 55 miles, the engine would suddenly cut out with no notice, and no specific warning light. I’d come to a halt, switch off, then back on again. Start up, and the bike would seem fine again. Occasionally the idling would seem dodgy for a short while, but then would be OK. I’d then get another 5 or so miles down the rode and it would all happen again.

Once I got back home I tried checking for a loose wire or other electrical connection, but couldn’t find anything. I then went out for a 10 mile ride on a very warm (30 degree) early evening after work last week, and just towards the end as I was coming back into traffic in the town it happened again.

I then also checked the side stand switch to make sure it wasn’t intermittently cutting off, but it seems fine.

So, my attention turned to the wiring diagram and I noted the engine temp sensor (as opposed to the air temp sensor), which is connected into the ECU. Could it be the cause of the cut out? Is that what it’s designed to do, and could it be faulty or set to too low a temperature?

I am going to go for another ride on Saturday morning and thee forecast would suggest temps around 20 degrees rather than 30, so I may find that all is well. Still it is a bit worrying in case it fails completely, leaving me stranded.

Any help would be appreciated.

Is the venting to the fuel tank clear ?

Is the venting to the fuel tank clear ?

I had considered fuelling - checking after my last ride that there wasn’t a vacuum being created in the tank (there didn’t appear to be, although I didn’t check it immediately that I stopped). I may check again on Saturday if it happens again, but I’m already nearly convinced it’s not that.

Hi Jimbob, The symptoms you describe, remind me of the woes a friend experienced a handful of years ago … The problem was found to be as simple as just the one spark plug, ( on a single cylinder machine) … They are quick and easy to get to … Must be worth a try before delving anywhere else … Let us know how you get on … Regards, Tony

To check for a blocked vent pipe I’ve just had a look under the tank - I only loosened it to raise it a bit just so I could see underneath.

I found one long but quite narrow hard long rubber pipe that has perished and was in two pieces, neither of them connected at either end, running from below the tank down to the backside of the engine oil sump. Looks like it’s been in that state for a while…! I think the pipe may be part of the vapour recovery system, but was routed incorrectly and wasn’t meant to go forward to behind the oil sump at all but down past the throttle body to a carbon filter canister.

I’ve also found that the throttle body appears to be upside down, with a nipple on the top side rather than underside that I think is also part of the vapour recovery system, but with no pipe connected.

I take it that the vapour recovery system isn’t important, then…?!

However, back to the main mission, I couldn’t readily identify the fuel tank vent pipe so that I could check it for blockages. Can anyone explain where it is? Is it part of the fuel cap assembly which is then connected to a metal pipe inside the tank? How can it be tested/cleared out if blocked?

As to venting of the fuel tank, the only thing I have been able to find is a small hole in the rim of the fuel filler cap. Have a look at : 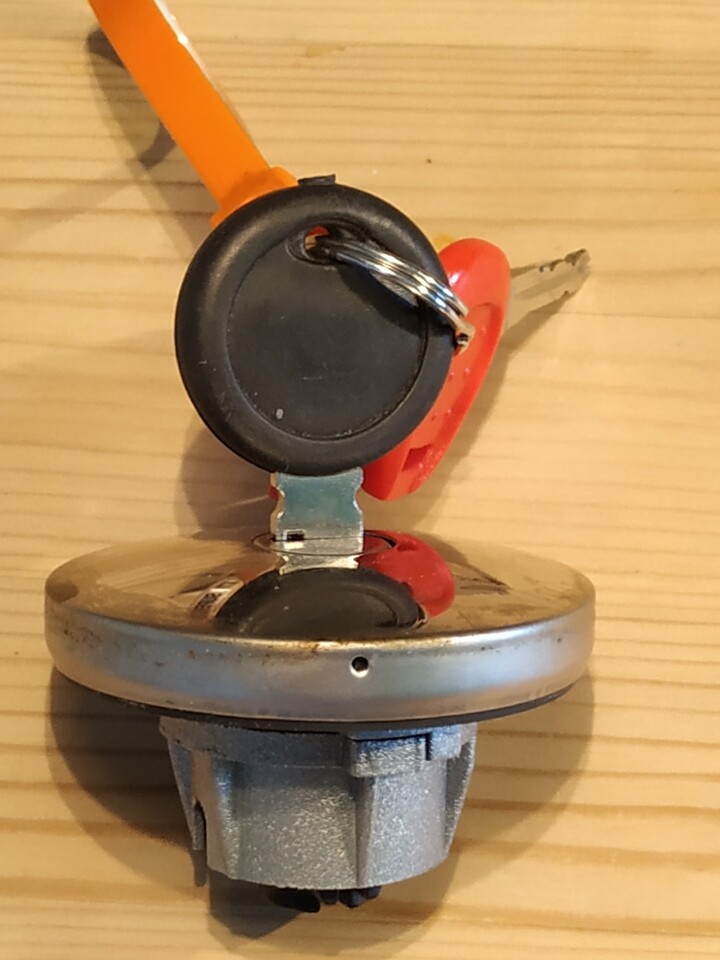 I haven’t found any thing else that seems to offer a vent to the fuel tank.

Also have a look at :

Let us know how you get on.

Rode out this morning to get new tyres fitted (see other post), and before I set out I checked the vent hole in the fuel cap, no blockage. And after the ride there was no vacuum in the tank.

So, I’m back to my suspicion that it is electrics. I’ve checked for loose connections - no obvious problem there.

I’ll be moving soon on to my next test which will be on the engine temp sensor. I know it is connected to the ECU, and I’m thinking that on the recent hot days when the engine cut out on a longer ride that if the sensor is slightly faulty it may give a high reading and the ECU may shut down the engine - anyone know if that can happen?

That is that one out of the way ! . . . and the loose connections too.

As to the engine temperature sensor, is it likely to have left an error code in the ECU ?

I haven’t had a chance to check for an error code on the ecu - I guess I can do that with Guzzidiag software which I’ve got.

However in the meantime I rode out today for the Distinguished Gentlemen’s Ride, taking a 55 mile trip over to Corfe Castle and Swanage and back to Dorchester. The bike was faultless, and of course it was sunny but much colder than the hot day when I had the problems. Perhaps another reason to suspect an over-sensitive engine temp sensor?

Well, there is only one thing for it.

Extract the Engine Temperature Sensor, and then test it !!

It is located on the R-hand cylinder near the intake body. It is blue and visible. No idea how you extract it, but there is a connector to the main loom.

Then go to Page 105 (ELE SYS - 105) in the Manual. There it supplies the electrical resistance of the sensor at various temperatures (and gives various other tests that you can do.).

So, if I were to test it, I would assemble: a pan of water with plenty of ice cubes in it to reduce the temperature of the water to 0c; an ammeter; a thermometer (jam making/beer brewing ?), and; pencil and paper. I would then put the pan on the stove and turn on the gas, and record the resistances at the relevant temperatures.

I don’t know if the Engine Temperature Sensor is waterproof. If not, then I think I would take steps to water proof it at the point where the wires enter the sensor. (In fact, it looks as if the connector goes straight into the sensor, ie the sensor does not have wires attached to it like the lambda sensors.)

Cutting out in heat sound like rich running.How old is your air filter?

Cutting out in heat sound like rich running.How old is your air filter?

The air filter is virtually new - I changed it in the spring. I have also changed the oil filter and engine gear box and rear box oil in the last 12 months (2.5k miles). The plugs demonstrate a good fuel mix - classic mid-brown colour - not sooty, or too light.

I am now pretty certain that it’s electrical rather than fueling and that it’s related to the engine temp sensor.