V85TT owners, it’s worth checking your sump guard bolts. While cleaning the bike after a 220 mile ride I noticed that the front of the sump guard was loose. The front two M8 x 16 bolts that secure the black steel bracket to the sump were missing. The remaining two bolts that hold the rear bracket to the sump were barely tight, I could undo them with my fingers. An American owner has also had this problem. Loctite 243 will be applied to these bolts when I have some replacements.

Page 204 in the service manual shows the assembly and torque figures of 20NM for these bolts. I can only assume they weren’t properly tightened at the factory. It hasn’t had its first service yet, this will be carried out on the 13th August. 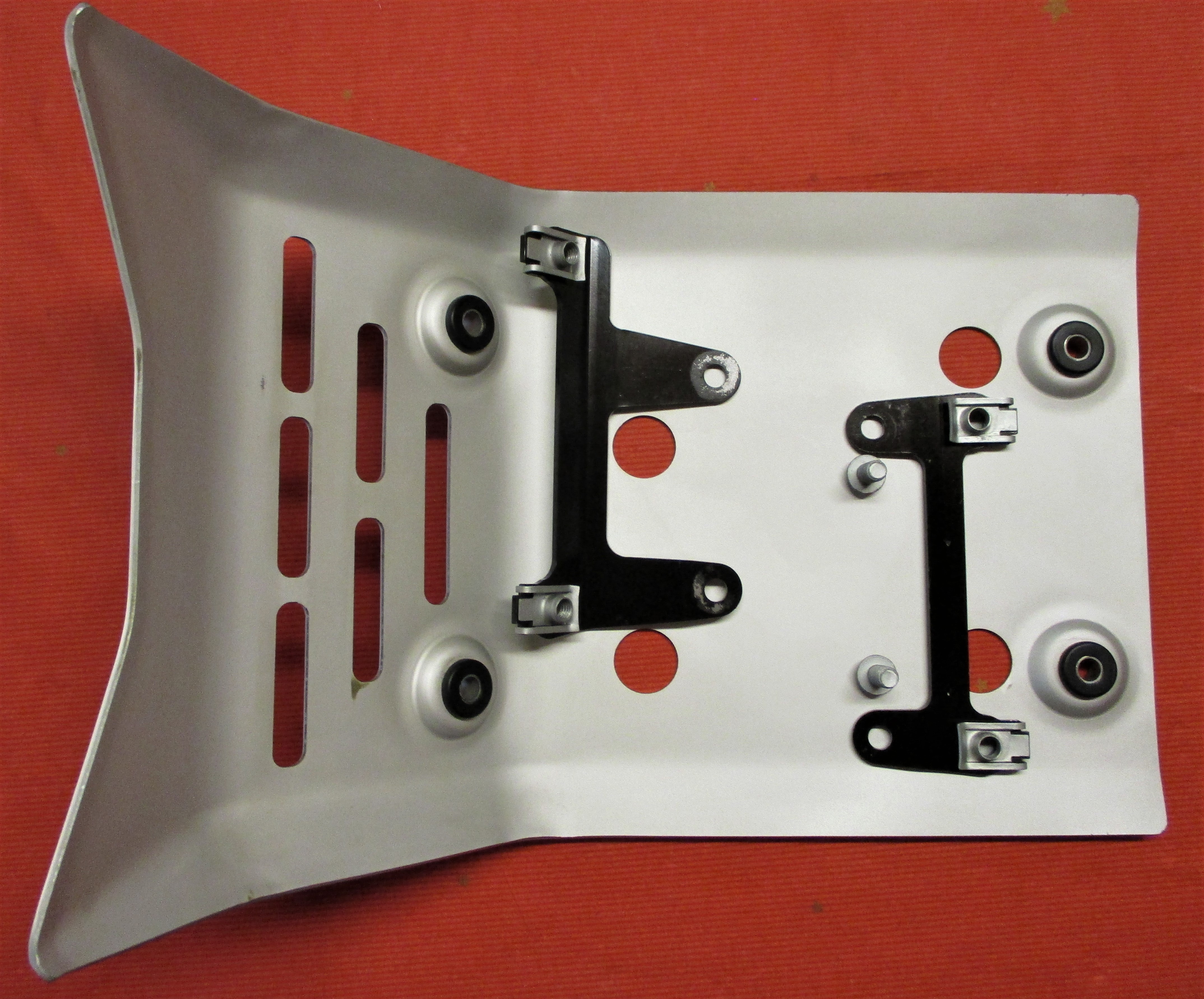 Well spotted before it fell off and got run over - no doubt that guard is ridculously expensive, as with many Guzzi parts…!

Having bolts come loose and drop off is a bit annoying to say the least but it hasn’t put me off the V85TT. It’s a great bike to ride and I’ll be using it in September for a 3 week European tour, including visiting Mandello for the 2019 Open House event.

At least it is held on with 4 bolts! My Stelvio bash plate has fractured from a bolt hole to the edge both sides, so I have removed it to repair, I have been advised that the solution is to add a pair od brackets to bolt it at the back edge, but I think it will stay in my Guzzi broken parts museum…

Funny that, I noticed my bash plate is only held on with the two rear bolts so is flapping about. In for first service tomorrow at SP Exeter so will ask them to fit the bolts.
By the way, anyone looked into fitting mudguards to one yet ? - It sprays water everywhere in the rain…

By the way, anyone looked into fitting mudguards to one yet ? - It sprays water everywhere in the rain…

That’s one reason I haven’t bought a V85TT! For a bike that’s clearly biased towards road riding/light off-roading, it just doesn’t make sense. Saves money of course… and I notice GS’s do have a front mudguard…

I hope the next V85 offering from Guzzi is aimed at the real world, and not some fancy style-driven marketing world. That just turns me off I’m afraid.

Mine’s from SP too. I’m sure there will be more accessories available soon. A guy on Wild Guzzi has fitted heated grips with no controller and the dash takes care of control. The plug is just under the front of the tank apparently. I will follow suit. The Guzzi parts will no doubt not be cheap.

Hi, I ordered a front mudguard from SP (it is apparently from an Aprilia CapoNorde and a straight fit) and it is due to arrive some time soon. Cost is £30 which I was pleasantly surprised by.
Have you tried the heated grips option as mentioned on WildGuzzi yet.

This has gone a bit ‘off-topic’, so here a stepped reply: