First run of the year up to Wetton Mill with the N Staffs VMCC lads/lasses. Bit cold but bright and sunny most of the time. Not for the first time Guzzis seemed to be the most numerous marque. A couple of other Guzzis also parked up when we got there.

I managed a few hours in the garage yesterday and today to take a look at the Cali 3. Tidied the rats nest of cables and wires under the tank and fitted a replacement Dyna unit as the old packed up on one side a while ago. Started her up and she ran on both cylinders so hopefully all is good.

Rebuilt the rear end, including new Hrperpro shock, of my 09 Stelvio project. Then travelled from Beverley to Grimsby to pick up my new to me 3000ml 2016 Stelvio NTX. Lashing rain and a bit scary over the Humber bridge but got home in one piece.

The back end of Storm Eleanor!

Rode im to and from work…brrrrr…
Wainy left his heated grips on !..

Got the front discs off my 14 year old V11 without breaking a bolt. It was a war of patience and cunning I can tell you.

Took advantage of a slight warming up in the Scottish weather to get the T3 out, been moving house so for the last few weeks only stress and not much opportunity for motorcycling (plus it’s been Baltic)
Only 50 miles but full of smiles, roads were pretty bad in bits as the farmers drag their fields onto the roads (which is to be expected at this time) Also passed a field of migrating Geese, scared up into the air by the Big Goose, Mrs R was on the back and managed to get the photo. All good and looking forward to many more miles in 2018 although the snow is back next week so its anyones guess when the weather window opens again.
Get that petrol use before it goes off! 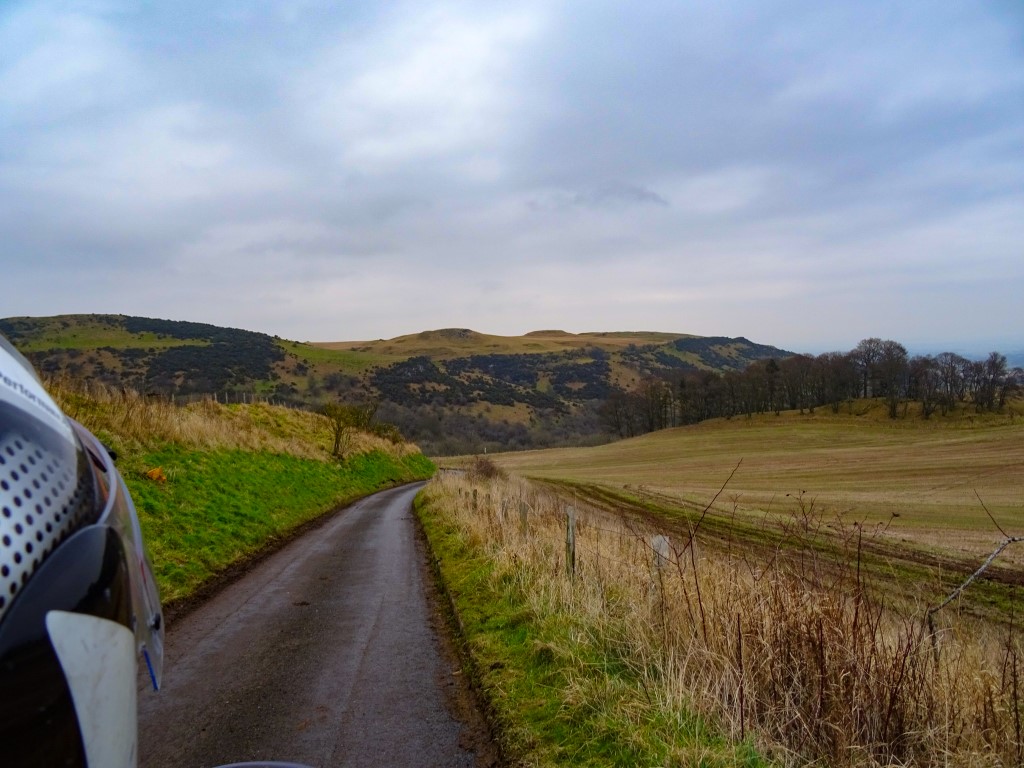 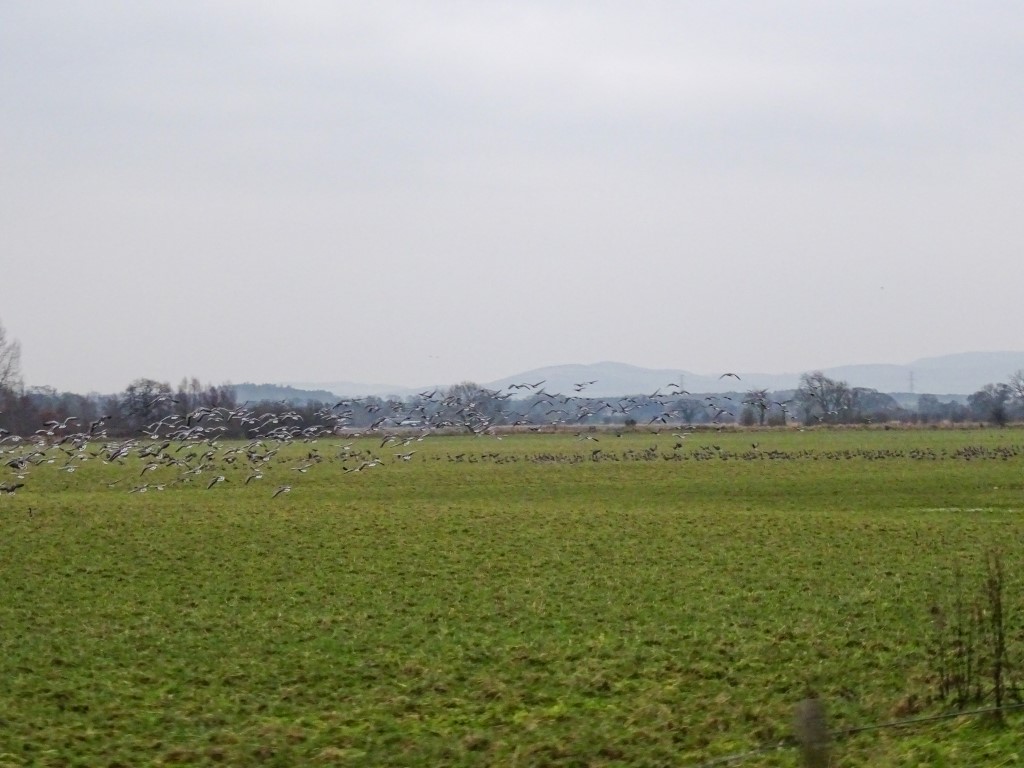 Time for the heated jacket 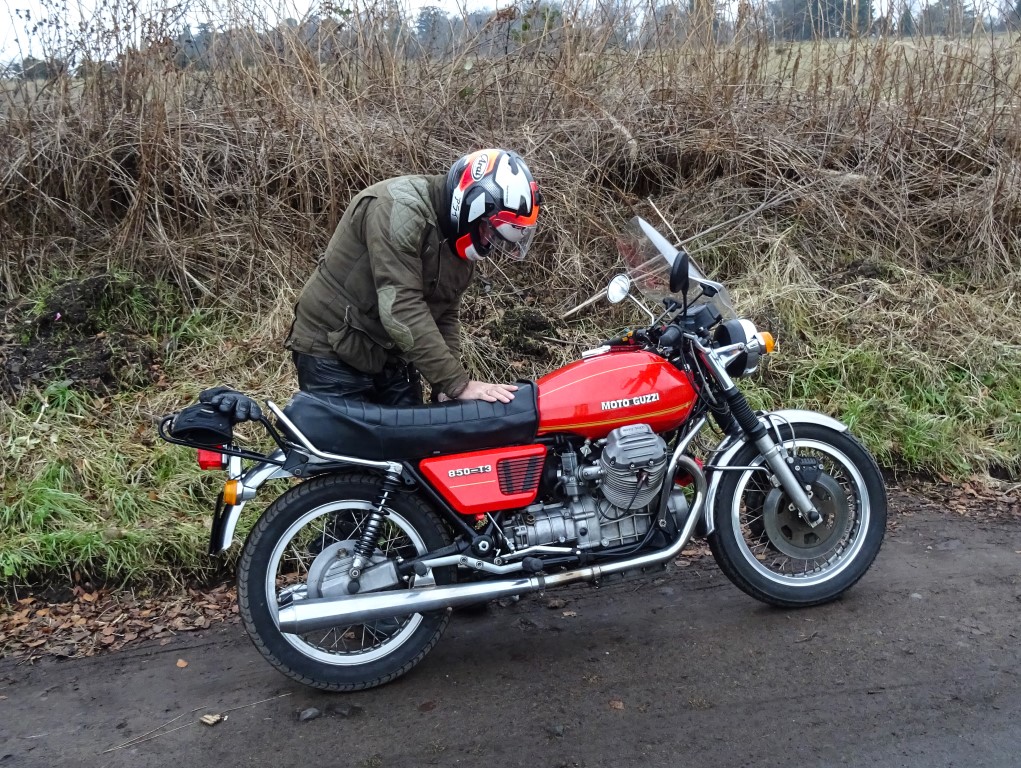 1956 Zigolo - a lot milder today so managed to get the primer on a couple of bits in the garage - front Bumper & rear Light / Number Plate mounting bracket , got them back to bare metal before Xmas but too cold for paint then. Front Forks back to bare metal next - nice day forecast for Thursday , fingers crossed…Jim.

Spent an hour or so tidying up a rats nest of wires under the tank on the california. Trying to work out why there are so many bits of wire hanging around all over the place.
Also fitted a new fuel level switch. Hopefully the light won’t be on all the time now.

Needed to change out the rear brake pads on my Nevada ie. Upgraded the pads to Renthal’s ceramic backed version which worked well on the Breva 750 and V11 front and back.

Took the bella to Lidl’s for some essential shopping.
20 mile round journey lashing with rain all the time.
Still thoroughly enjoyed myself.
And 30 minutes after I got back it stopped raining.

4 weeks to the first rally of the year, can’t wait.
Which bike do I take?

Well, not really what we did today, but for Xmas and New Year we went to Portugal. Ling is Chinese so doesn’t really do Christmas or baby Jesus stuff, and I hate sitting about watching repeats on TV.

We went on the 1976 Convert (via Portsmouth → Bilbao, and back from Santander), which was lovely, except the bloody high pressure oil line decided to start spraying oil out as soon as we landed in Spain. Maybe just age of the rubber. It was very hard to spot the leak, just happened when riding. Yes, the oil pressure light flickered sometimes, and I had to put 1 1/2 litres of oil in by the trip end, but a total loss system avoids the need for oil changes, right?

So, the whole journey was with a very oily right foot/ankle, and the damn thing squirted oil forwards, too, on to the r/hand brake. A bit of oil on the back tyre, but so what, really? So we did the whole trip with just the linked brakes (no problem really), and a cloud of smoke from the r/hand exhaust every time we stopped. Character, eh?

Got a stainless braided replacement on now, and it’s cured.

A little highlight was we met a pair of wolves on the road, in the middle of nowhere in Spain … they loped off up a field …and we enjoyed Spain more than Portugal (more food choice and quieter roads, and better quality roads). Lovely weather except the last day Leon → Santander when it poured on the way to the ferry.

Brittany Ferries were great, the sea as rough as hell but that’s fun. Booked hotels randomly just sticking my mouse on Google maps before we went and just hopped between them each day, spent Xmas in Lisbon. Would have to say this was a nice trip to avoid Christmas at home. 15 degrees most days, and sun …so weather (compared to the UK) was great.

The Convert was a great bike in the mountains, just brilliant to never change gear. First trip on it, since getting it - it’s an American import, just had it registered before we went.

The silly small old panniers look cool, but are useless for more than a sandwich, so I bought 3 toolboxes from B&Q, bolted those on the pannier frames and they were very good, big, waterproof, tough, lockable etc. £25 each. One as a topbox. I’m so tight… but I object to stupid prices for bespoke luggage stuff. In fact, bolted on so the lids hinged from the bottom, outwards, left a really useful sort of “shelf” on top of them for squishy bags and room for Ling to put stuff under a bungee. 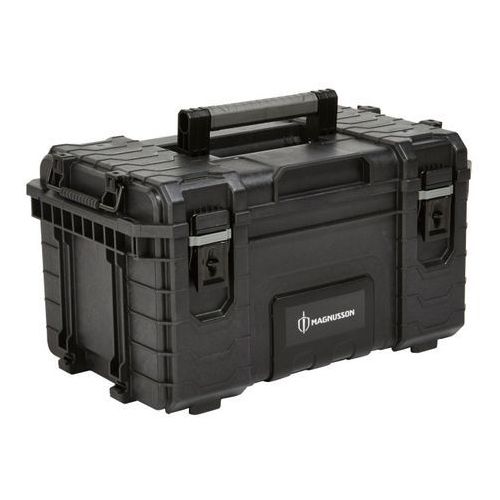 One of the best things that we used on the little trip (me, with Ling on the back) were these intercoms. Never had them before, but a revelation! Worked faultlessly via bluetooth. Had an amazing range, we could talk to each other 100s of metres apart (for instance I got a running commentary complaining about petrol station toilets, mid-pee) etc. Would recommend these! 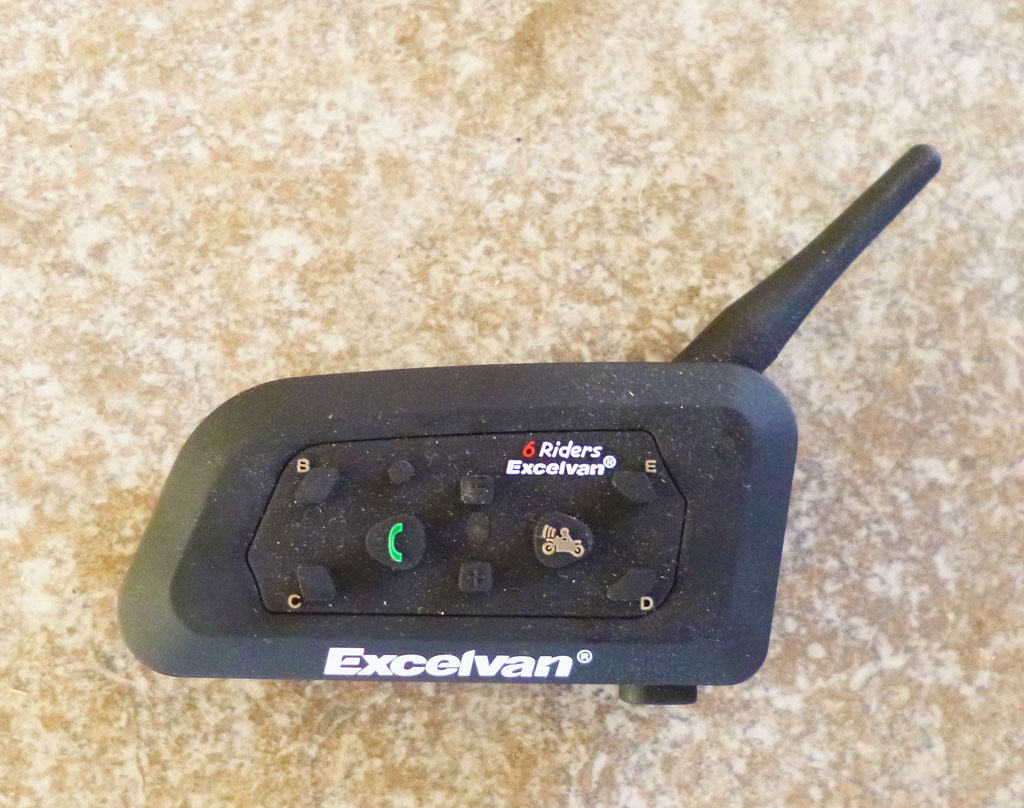 This was Ling’s first long-ish trip on a bike and she really enjoyed it (I think). Biggest wife issue was when we met a (new) Triumph Tiger pair at the ferry terminal on the way back, and looking at the Amaco Cadiz Guzzi surrounded by a BIG rainbow effect oil slick at the rainy port, they told Ling the Triumph had heated seats as standard. She’s never stopped going on about it.

Considering Morocco soon. She won’t want a heated bum, there.

Great write up Jon. Nice mix of people, machinery and adaptation. Would you consider submitting it to Gambalunga? A much wider audience.
All the best
Steve

If you want… how do I do that? (to Gambalunga)?

You email it to the Editor. Sorry there’s the E word again!

(Email address in the front of Gambalunga)

Jon, looking at the oil feed photo I think that someone else has had a problem too, jubilee clips are additional as originally the ends to the banjos would be crimped. Glad you got it sorted. Any photos of your trip? Karen and I were in Portugal over New Year, near Porto. We flew there though

Jon, looking at the oil feed photo I think that someone else has had a problem too, jubilee clips are additional as originally the ends to the banjos would be crimped. Glad you got it sorted. Any photos of your trip? Karen and I were in Portugal over New Year, near Porto. We flew there though

No photos, I don’t spend my life taking photos, I have this weird theory about too many photos. Imagine Spain, imagine a black Convert leaking oil… there’s the image you need in your head. Heh.

Yeah. Guessed it had been butchered before but I’m not an originality fanatic, so didn’t really notice. As long as it worked, etc etc. Except it didn’t

I have braided oil pipes on mine too, not original but they work. Most Guzzis are bitzas, as most parts from most models fit most bikes, but even before that the factory fitted whatever it had in stock.
Have fun

Might, possibly, just maybe – chance taking the Loop out to the pub tonight. It’s all back together, and apart from positively p155ing fuel from the lines somewhere at start up on Sunday evening seemed to be kind of working. Trouble being, apart from the trusty Pearl, anything else I take out these days almost immediately fails under me. Kind of an aversion therapy really. It’s kind of lucky, but also proof - the only bike you will ever need is a V50.

Tightened the fuel lines, checked the gearbox drain plug and off we went. The Loop lives - oh yeah. They even piped me in when I got to the pub. Had to take a detour on the way home to run just a few more miles under a starry sky. It felt like the coolest bestest thing ever.